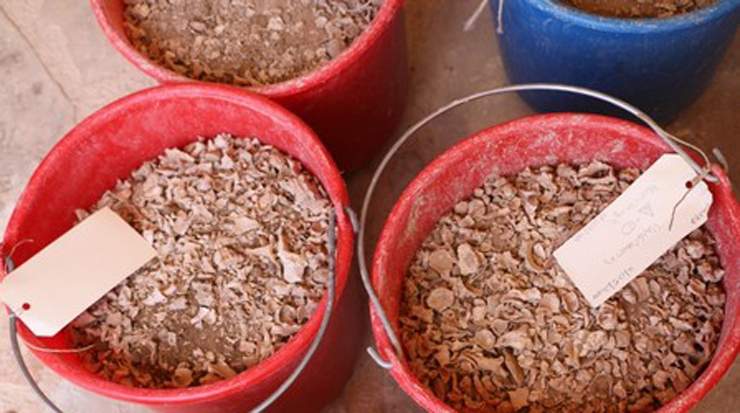 Historical Discovery on the Citadel of Ancient Paphos

The Department of Antiquities of Cyprus Ministry of Transport, Communications and Works announced the completion of the 14thannual field campaign carried out by the University of Cyprus in Palaepaphos.

This year’s excavation season took place in May and June and it concentrated on the plateau of Hadjiabdoulla, one kilometre east of the sanctuary of Aphrodite at Kouklia.

The Palaepaphos Urban Landscape Project (PULP), which has been running since 2006 under the direction of Professor Maria Iacovou, Department of History and Archaeology, has brought to light new monuments on the plateau.

Unknown until recently, these impressive architectural complexes indicate that the plateau of Hadjiabdoulla functioned as the citadel, i.e. the administrative-economic centre, of the royal dynasty of Ancient Paphos during the Classical period (5th and 4th centuries BC).

The Department of Antiquities of Cyprus has decided to take temporary measures to protect the material remains of the Hadjiabdoulla complex. To prevent deterioration of stone, mudbrick and plastered features, the most sensitive units have been reburied.

In 2020 the excavation of the complex will continue towards the east.