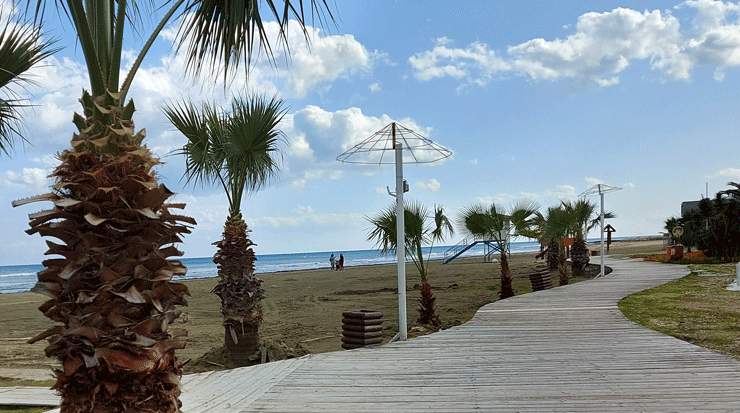 New actions have recently been completed in the framework of the Larnaca Tourism Board’s ‘Enriching and Greening the Larnaca Beaches’ Programme.

The initiative which began two years ago is being gradually implemented in cooperation with local authorities and the support of the Deputy Minister of Tourism.

A series of actions has already taken place with very positive results throughout this period visible in various coastal areas of the Larnaca region.

Specifically, in the coastal pedestrian street of Voroklini, where the second phase of its expansion was completed this year and has been transformed into a paradise for lovers of walking and gymnastics, a second outdoor training point has been placed.

This point is located towards the end of the new pedestrian street near the Lebay Hotel, while at the beginning of July the third outdoor gym will be placed on this pedestrian street after the Golden Fish restaurant.

On the beach of Pyla, the outdoor gym has also recently been enriched with new instruments. At the same time, benches and bicycle racks have been installed in both coastal areas of Voroklini and Pyla.

The installation of a second outdoor gym on the coastal pedestrian street of Pervolia, as well as the planting of palm trees on the organised beach of Kiti, is imminent. It is recalled that palm trees had also been placed a few months ago as part of the programme under reference on Kastella beach, in collaboration with the Municipality of Larnaca.