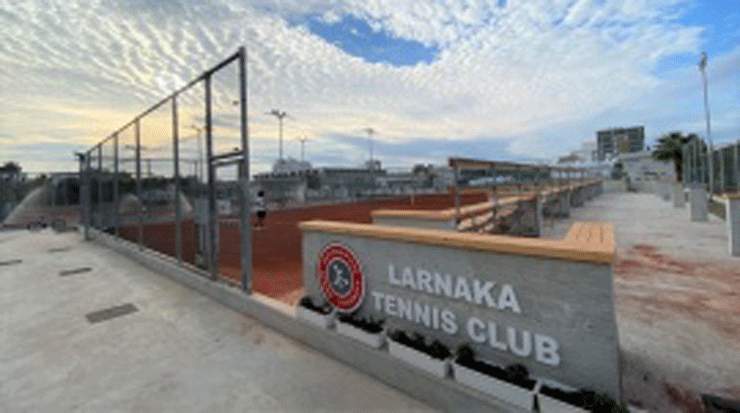 Larnaca Tennis Club has successfully completed its move to new, state-of-the-art premises, paving the way for further excavations at the site of ancient Kition where the port was discovered on the grounds of the former tennis courts.

Larnaca had the island’s first tennis court, which was set up by the British Colonial Administration around 1839 and located in Mattei House (in the town centre), The historic Larnaca Tennis Club was the first to open in Larnaca for general use by locals and was originally situated on the grounds of the Municipal Gardens.

When the Municipal Gardens were created in 1958 the tennis court was moved to Kilkis Street, gradually expanding in stages to create a club with eight courts, over 200 members, and welcoming both local and international tournaments.

Following the excavation works of the French Archaeological Mission of Kition and the exciting discoveries relating to the ancient City Kingdom, it was essential to relocate the tennis courts so that excavations could continue with the aim of creating an archaeological park in the future.

Marios Petrou, president, Larnaca Tennis Club, said that the club welcomed the finds despite the arduous task of relocating the club which came as a result of the discoveries. “The Larnaca Tennis Club is comprised of members who love their town and we were both happy and cooperative regarding the move as we recognise the rich significance of the archaeological finds and wanted to assist in their protection and promotion. After years of work - and with the support of the Cyprus Sports Association (KOA) - we are thrilled to be in our new premises.”

The new club has nine courts that are built for endurance, a modern club house, comfortable changing facilities, and is also using an electronic court booking system to streamline its operations. As Petrou explains, one of the advantages of the new courts is that their advanced coating dries almost immediately after rain, allowing the game to be enjoyed without delay.