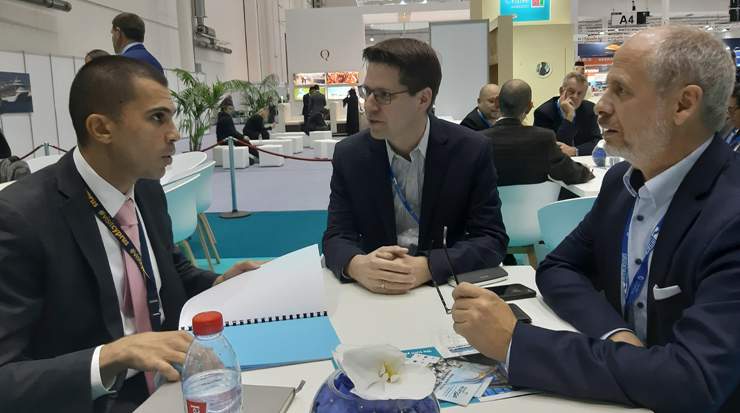 The Cypriot delegation, under Savvas Perdios, deputy minister of tourism, received encouraging messages during their presence at the important, specialised Seatrade Europe cruise fair which was recently held in Hamburg.

Feedback from long-range cruise companies operating worldwide, indicate that demand for cruises in the Eastern Mediterranean is returning dynamically, due to the normalisation of the political situation in the region and the overcrowding of cruise ships.

The conclusion drawn from the contacts of the Ministry of Tourism in the context of the Seatrade Europe report is that cruise tourism is able to attract tourism to Cyprus from Spain, Italy, China, the US and Latin America.

An important asset of Cyprus for the development of cruise tourism is its key geographical location in the Eastern Mediterranean.

The relatively small distance separating Cyprus from the Suez Canal is an important element in the whole endeavour, as approximately 70 percent of cruise ships operating in the Western Mediterranean during the summer travel to the Indian Ocean and in the winter, through the Suez Canal.

This is precisely what the Deputy Ministry of Tourism is trying to further exploit, with the aim of gearing the above cruise ships to include Cyprus into their programme.

The Cyprus Ministry of Foreign Affairs considers an influx of tourists to Cyprus can also be beneficial in the treatment of the timeliness problem of the seasonality of our tourism industry.

At the same time, it is noted that the age groups, which are largely the customers of the winter season for cruise tourism, are over 50 years old, which is also fully in line with the objectives of the 2030 National Tourism Strategy.

Finally, it was emphasised that with the arrival of more cruise ships the island, more visitors are given the opportunity to experience the quality, variety and wealth offered by tourist in Cyprus, especially through participation in well-organised excursions, from the ports they will visit.