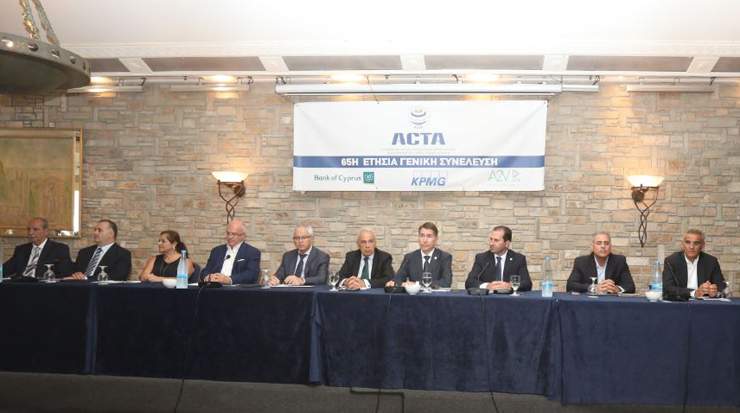 Speaking at the 65th Annual ACTA General Assembly, dedicated to the travel agent, Vassilis Stamataris, president, ACTA, said that all ministries should contribute to promoting tourism.

Referring to the course of tourism, Stamataris said that although the tourist season is still in progress, it looks like this year will be less than 2018 in terms of revenue. He added that according to the official statistics of the Statistical Service, the arrivals of tourists by July this year reached 2,1 million visitors at the same level as in the corresponding period of 2018 (-0.1%).

Tourism revenues for the period January - May reached almost EUR653 million and are 3,6 percent less than in the same period in 2018.

At the same time, Stamataris also referred to outbound tourism, saying it had a double-digit growth in post-crisis Cypriot travel.

Specifically, according to the Traveller Survey, travel by residents of Cyprus in July amounted to 896,606, an increase of 12 percent compared to the same period in 2018. This is also reflected in the arrivals and departures of the Cyprus airports which increased by two percent in July 9, despite a slight decrease in incoming.

Stamataris made special reference to the importance of implementing the National Tourism Strategy, which has a key role to play in the modernisation of Cyprus's tourism industry. Referring to the challenges of tourism, he stressed that the aim of the National Tourism Strategy is to make Cyprus by 2030, a sustainable year-round travel destination, capable of attracting more than five million tourists annually.

Achieving this goal, he added, will have significant economic benefits for the entire economy, attracting new investments, creating new jobs, multiplying the positive impacts for the rest of the economy and, most importantly, maintaining the island’s tourism as the main economic lung of our country.

Stamataris reiterated ACTA's support to the Deputy Ministry of Tourism and noted that a joint collective effort is now expected to implement the planning of the National Tourism Strategy.