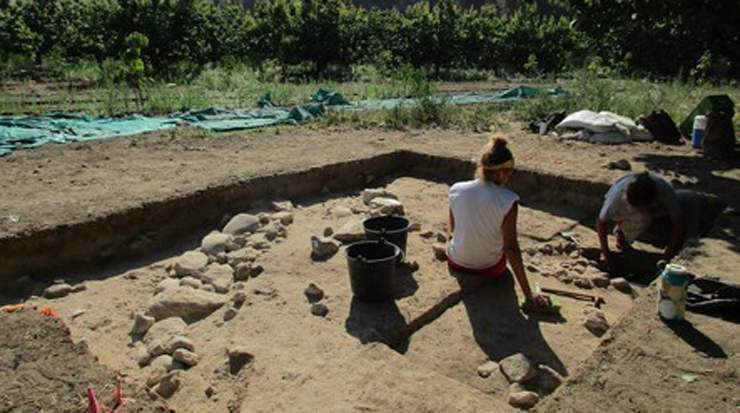 The Department of Antiquities, Ministry of Transport, Communications and Works, announced the completion of this year’s excavations of the Makounta-Voules Archaeological Project (MVAP).

Students from around the globe joined the project this year where the season ran from June 01 to July 04.

Intensive survey in 2017, including surface collection and geophysical prospection, showed the site to be a large settlement dating from the Late Chalcolithic through the Middle Cypriot periods.

Test excavations began in 2018 to test the results of surface survey and to identify the most productive areas for future excavation. The 2018 excavations revealed two Chalcolithic round houses, as well as some enigmatic stone features and a large fire installation.