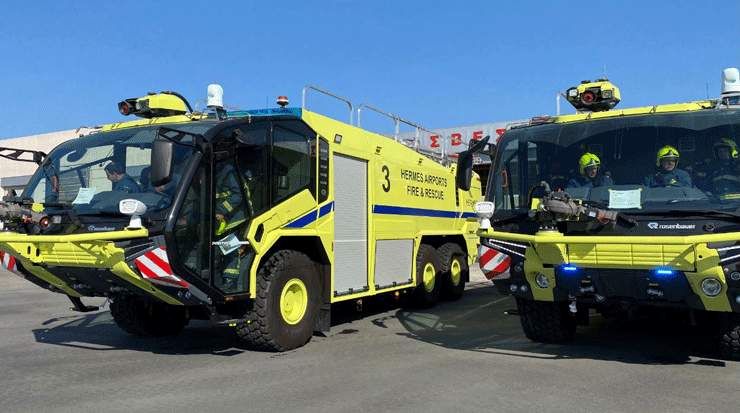 The new vehicles were delivered straight from the factory in Austria and after all the necessary inspections they are now fully ready for service. The vehicles are very powerful and equipped with the latest firefighting technology.

Similar or identical models are used at some of the world’s largest and busiest airports, like Dubai and London.

During the handover of the vehicles by Hermes Airports to the Larnaca Airport fire station, the fire fighters proceeded with a demonstration of the vehicles’ capabilities.