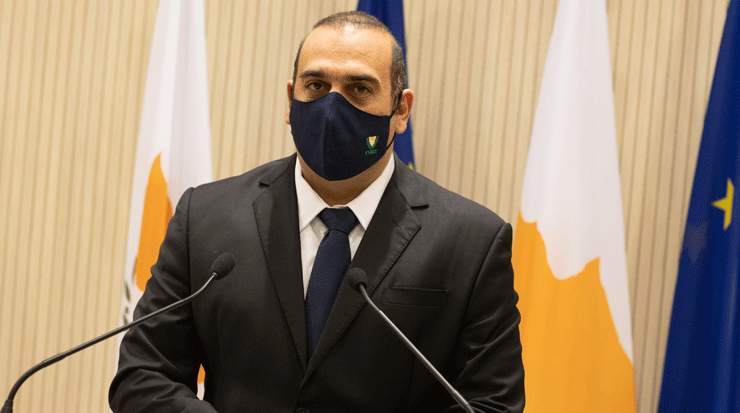 The Council of Ministers have approved the modified action plan for the gradual resumption of flights and the reopening of airports.

On December 04, the Cyprus council of ministers approved the modified action plan for the gradual resumption of flights and the reopening of airports.

Speaking after the meeting of the council of ministers, Yiannis Karousos, transport minister, Cyprus, made the following statement:

“The Inter-ministerial committee set up by decision of the council of ministers on  May 17, 2020 under my chairmanship with the participation of the Foreign, Finance and Health Ministers and the Deputy Minister of Tourism, met on  November 03, 2020 in the presence of the Interior Minister, in order to examine the improvement of the current action plan for the gradual resumption of flights and the reopening of airports.

The modified plan, which had been prepared by the Inter-ministerial committee and was {today} approved by the cCouncil of ministers, provides, inter alia, for the following:

iii. Category C is replaced by the Red Category, in which a double laboratory testing is required, that is, a negative PCR examination within 72 hours prior to departure and yet another laboratory PCR testing upon arrival in Cyprus. No self-isolation/quarantine measures are valid in this category.

(3) Classified in the Green, Orange and Red categories are the following countries:

iii. Countries included in the list of third countries of the European Council

(4) Any country not included in the above shall be classified in the Grey – special permit category. In this specific category, the procedure for obtaining a special entry permit to the Republic shall be implemented for third country nationals (exempt from the requirement to obtain a special permit are Cypriot citizens, persons lawfully residing in the Republic of Cyprus, and European citizens).

(5) The passengers below may choose to undergo a laboratory examination upon their arrival in the Republic of Cyprus:

In this case, the passengers of the Red Category and Special Permit Category who are entitled to a laboratory examination upon arrival, shall remain, according to the instructions of the Health Ministry, in compulsory self-isolation, unless they present a negative PCR laboratory test within 72 hours before departure.

(6) The Ministry of Health shall continue random checks in passengers arriving in Cyprus, based on the epidemiological criteria of the countries in which the flights to the Republic of Cyprus originate.

(7) Included in the modified action plan is a provision for vaccinated persons, as they will be exempt from carrying out a laboratory examination.

(9) Until the action plan takes affect a transitional stage shall apply with the January 15, 2021 as the starting date, during which all countries below may be classified in one of the four categories, i.e. Green, Orange, Red, Grey-Special Permit.

(10) During the transitional stage, the assessment of all countries shall be undertaken by the Ministry of Health in the same manner being implemented today.

In tandem with the modification of the action plan, the Council of Ministers has approved the extension for another six months of the provisional Incentives scheme for airline companies. This is a scheme which has received favourable comments from the airline companies and was described at the European Union level as a best practice scheme. According to this scheme, a sum would be paid to the airline per passenger, as incentive, depending on the seat occupancy from 41 percent to 70 percent.

The modified action plan which has been prepared and approved by the council of minister takes into account the current epidemiological conditions and is expected to further enhance the interest of airline companies in carrying out additional flights to Cyprus, improving connectivity and increasing passenger traffic. The Ministers of Foreign Affairs, Transport, Communications and Works and the Deputy Minister of Tourism shall address a joint letter to all air-transport and tourism stakeholders informing them of the changes in the modified Action Plan.”