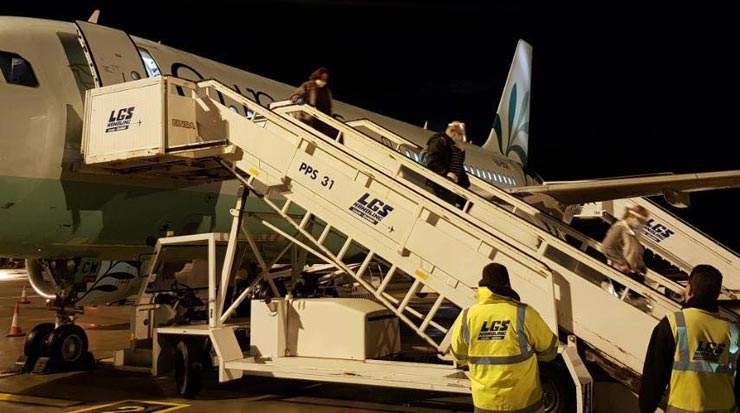 Cyprus Airways and Petrolina support the Cypriot government's efforts to repatriate Cypriots on a flight from London.

The Cyprus Airways flight CY1603 from London's Heathrow Airport carried 96 people from the UK, and other countries and arrived at Larnaca Airport on April 09 around 21:00.

According to the Ministry of Foreign Affairs and Transport, Communications and Works, the passengers who travelled on the flight belong to the vulnerable groups as well as people who were trapped in various foreign countries.

The flight is supported by Cyprus Airways as well as and Petrolina, which provided the fuel for the flight.