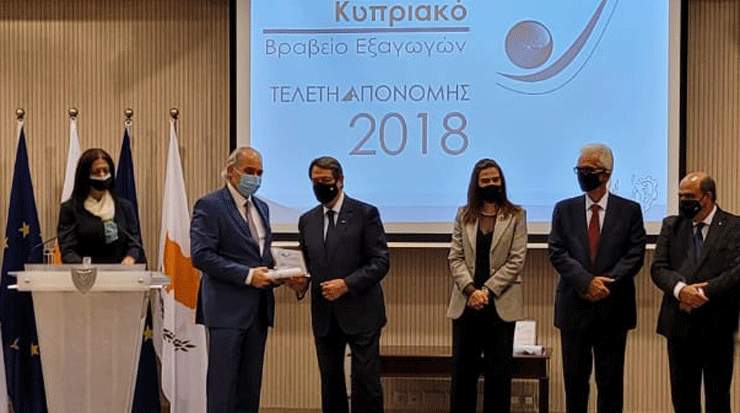 Letpos Estates has received the Cyprus Export Services Award from the President of the Republic of Cyprus, Nicos Anastasiades, at a special event held in Nicosia on November 12.

The company was recognised for its outstanding performance and efforts towards the opening of new markets and for its contribution to the Cypriot economy.  This is the third time Leptos Estates has received the award. The company was previously awarded in 2012 and 2016 respectively.

The Cyprus Export Services Award was established in 1982 with the aim of rewarding companies that have shown exceptional effort in opening up new markets, and strengthening the international image of Cyprus and its economy. In regard to services, this prestigious award is given to companies that have encouraged foreign direct investment and have excelled in both service and performance.

President Anastasiades congratulated the winners, emphasising on the country’s economy and the importance of the Leptos Groups’ efforts.  The Leptos Group is committed to its outward-looking strategy, adding value and creating potential for investment.